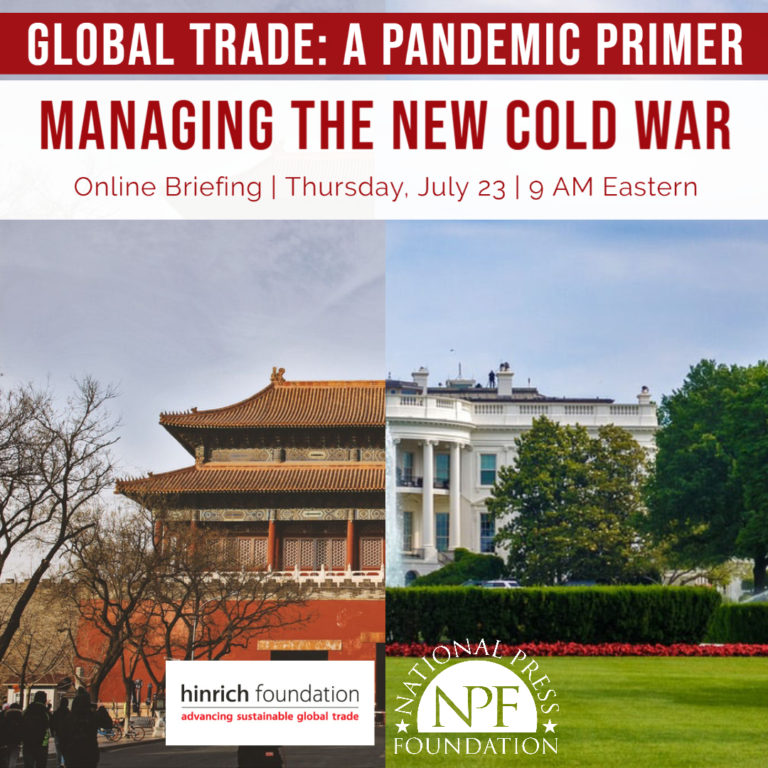 The U.S.-China trade war is expanding into an undeclared Cold War over trade, technology, and geopolitical influence. From rising tensions over Huawei, Hong Kong, and the treatment of the Uighurs to Chinese fighter jets buzzing Taiwan, the risks of escalation are rising. How can this increasingly bitter conflict be managed? And how can journalists cover the deteriorating U.S.-China relationship objectively during an intensely partisan election campaign season? The program is sponsored by the Hinrich Foundation, an Asia-based philanthropic organization that works to advance mutually beneficial and sustainable global trade. NPF retains sole responsibility for programming and content of the briefings.
END_OF_DOCUMENT_TOKEN_TO_BE_REPLACED

…Dupont called on Australia to examine vulnerabilities in its supply chains, saying: “In my view, our dependence on China for a range of critical technologies and goods has become a major security liability and must be reversed.”

Since April, Australia has been locked into a Beijing-instigated trade dispute, which has seen the Chinese Communist Party (CCP) impose 80 percent tariffs on Australian barley imports, ban beef imports from four abattoirs, and advise local Chinese power plants not to buy Australian coal.

Australian politicians have also called for greater decoupling and less reliance on the China market.
END_OF_DOCUMENT_TOKEN_TO_BE_REPLACED

The rift between the United States and China threatens to become a chasm. Barely a day passes without some tit-for-tat exchange of barbs, accusations, or actions designed to make life difficult for the other country or to trumpet the superiority of their respective political systems.
END_OF_DOCUMENT_TOKEN_TO_BE_REPLACED

“For Australia, a key takeaway is that although we may hope for reconciliation [with China], the odds favour a partial separation,” according to a submission by Alan Dupont, chief executive of geopolitical risk consultancy, The Cognoscenti Group.

Dupont said Australia’s decoupling from China “is not an attempt to isolate China … but rather to establish a sustainable relationship” between China and the United States as the world is dividing into two competing trading and geopolitical blocs.
END_OF_DOCUMENT_TOKEN_TO_BE_REPLACED 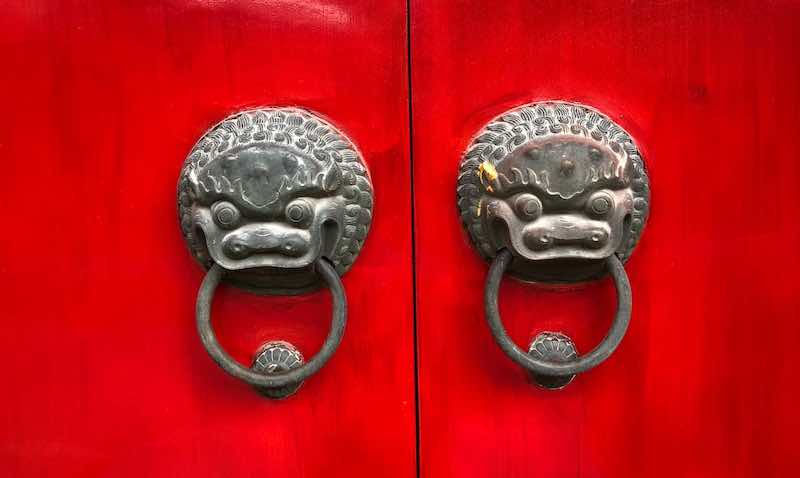 Contrarian views are needed to assess the China risk. And we shouldn’t assume this century will be indisputably China’s. ~ Alan Dupont

Sam Roggeveen is absolutely right. Australia’s China debate has been dramatically transformed over the past few years. Like him, I welcome a robust discussion about our relationship with Asia’s emerging power and our major trading partner. It’s a pity China’s citizens can’t have one about us, too. END_OF_DOCUMENT_TOKEN_TO_BE_REPLACED

Beijing’s vindictive punishment of our universities, tourist sector, farmers, coal exporters and Karm Gilespie has shattered two widely held assumptions about China’s rise: that it will continue inexorably and is overwhelmingly to our benefit.

Legions of operators in the Chinese Communist Party’s Central Propaganda Department have skilfully spun the narrative that the country’s return to greatness is preordained. Best to get on the train before it leaves the station. We did in our thousands, crowding on to gleaming new locomotives to discover the mysteries and beauty of China, while trade boomed and the education and tourist sectors profited from an influx of Chinese students and free-spending tourists. END_OF_DOCUMENT_TOKEN_TO_BE_REPLACED 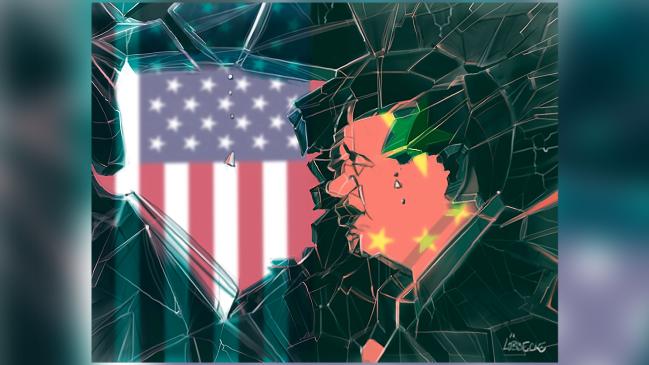 Op-ed by Paul Kelly, Editor-at-Large for The Australian, in response to The Center for Independent Studies, Analysis Paper 8, May 2020, MITIGATING THE NEW COLD WAR: Managing US-China trade, tech and geopolitical conflict, by Alan Dupont

Four months into the COVID-19 crisis, the world and Australia confront a worse problem — the ­descent into a version of cold war between the US and China, many years in the making but now apparently sealed in the great-power animosity unleashed by the virus.

The virus will be conquered by scientific, rational and logical public policy. But such elements are absent on the US-China front where Donald Trump and Xi Jinping have tipped each other into a confrontation neither seems willing to abandon, with escalation the most likely result.

The coronavirus pandemic that recognises neither nationality nor ideology should have brought the leading powers into co-operation but the opposite has happened — the threat to humanity has exposed the true descent in the US-China crisis. The warning lights are flashing on emergency.
END_OF_DOCUMENT_TOKEN_TO_BE_REPLACED 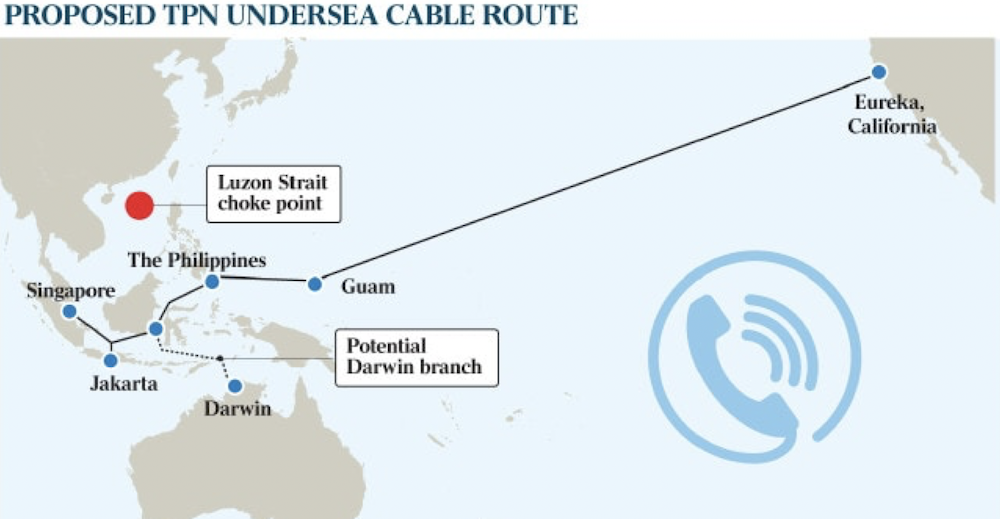 Experts say China’s New IP ‘should frighten us all’. And then there’s the undersea cable wars…

Imagine trying to manage the impact of the coronavirus without the internet and a robust telecommunications sector. If we couldn’t communicate and transact in real time, economic activity would grind to a halt and social contact would be even more difficult. And there would be no COVIDSafe app, an important tool in the government’s recovery strategy.

Australia is already more wired than most nations, and the digital world is expanding rapidly as the coronavirus has forced business, schools, universities and government services online. Videoconferencing platforms such as Zoom are booming and the much maligned National Broadband Network finally is starting to realise its potential. But if these networks were to become untrustworthy or disrupted for any length of time it would be hard for the country to function effectively.
END_OF_DOCUMENT_TOKEN_TO_BE_REPLACED

Governments worldwide failed to act on pandemic dangers they identified decades ago. That cannot happen again.

Rudd outlined a broad and growing list of security risks and pressures in the international system. Among them, he recognised that “a pandemic is bound to create real physical and social hardship and policy challenges for Australia”.

Peter Dutton’s Home Affairs Department: “a leviathan so bloated that it can’t move a muscle.” AAP
That was 12 years ago, and it now looks like an understatement.
END_OF_DOCUMENT_TOKEN_TO_BE_REPLACED