Beijing’s nuclear breakout should dispel any notion that the risk of nuclear Armageddon is long past.

There are worrying signs the world is on the brink of a new nuclear arms race. A regional conflict between nuclear-armed states could escalate quickly into a destructive global crisis with catastrophic consequences.

Fear that a conflict between the US and China over Taiwan could go nuclear is shaping the government’s risk assessments, strengthening the case to upgrade our missile defences for critical defence installations and operationally deployed units of the Australian Defence Force.
END_OF_DOCUMENT_TOKEN_TO_BE_REPLACED

China’s ‘God of Fire’ mission foreshadows a scramble for control of space — and Australia is being left behind.

The successful landing of China’s Zhurong “God of Fire” exploration rover on Mars is a major leap forward for the country’s ambitious space program, foreshadowing greater competition for control of space and its vast resources.

Rapid, reliable access to space is now an economic and national security imperative. Tthe Bank of America expects the value of the global space industry, estimated at more than $US424 billion in 2019, to reach $US1.4 trillion by 2030. There are around 3800 operational satellites orbiting the planet. Many more are planned, raising concerns about their vulnerability to attack by “malign actors” and damage from the estimated 128 million pieces of space junk in orbit.
END_OF_DOCUMENT_TOKEN_TO_BE_REPLACED

In one of the more eventful weeks in Australian defence and foreign policy, the Morrison government terminated Victoria’s controversial Belt and Road Initiative deal with China; Defence Minister Peter Dutton declared that a war with China over Taiwan “should not be discounted”; Homeland Security Secretary Mike Pezzullo delivered a resonating speech about the “beating drums” of war; and Scott Morrison announced an upgrade of the Northern Territory’s training ranges in a move widely viewed as a response to China’s military build-up.
END_OF_DOCUMENT_TOKEN_TO_BE_REPLACED

ARTICLE— Australia’s federal government has canceled an infrastructure deal between China and one of Australia’s most populous states, following concerns that the arrangement could pose a national-security risk.

The state of Victoria, which includes Melbourne, Australia’s second largest city, signed on to Beijing’s Belt and Road initiative, a foreign-policy program in which China is investing billions of dollars in infrastructure projects world-wide.
END_OF_DOCUMENT_TOKEN_TO_BE_REPLACED

Article: A rapid increase in China’s crude oil refinery capacity will see it dominate exports in the Asia-Pacific region, particularly to Australia where there are concerns of a vulnerability in the supply chain, analysts say.

Chinese exports of refined oil products to Australia rose from a few thousand tonnes before 2011 to nearly 300,000 tonnes at the end of last year, according to figures from China customs. And given the announced closure of two of Australia’s last four refineries, its reliance on imports is expected to continue on that trajectory.
END_OF_DOCUMENT_TOKEN_TO_BE_REPLACED

There’s a seminal shift underway in Australia’s relationship with the US based on mutual need and Morrison’s determination to act more forcefully.
Originally published in The Australian.

In a historic geopolitical shift, ­Australia is emerging as a key ­alliance hub and partner for the US in Asia as the Biden administration moves to reshape and strengthen its military to meet China’s growing challenge.
END_OF_DOCUMENT_TOKEN_TO_BE_REPLACED

As China slowly strangles our exports to break our will, Australians have responded with a range of emotions from anger and denunciation to self-blame and resignation. Difficult though it may be, we cannot afford to let emotion cloud our response to Beijing’s pressure tactics. Cool heads are required and, above all, an astutely targeted strategy that shields us from irreparable damage while working to stabilise the relationship and keep the door open to some form of reconciliation, no matter how distant the prospect.

But first we need to understand better why China is punishing Australia. This means cutting through the confused reactions and misperceptions that have obscured China’s real aims and tactics. Asserting we should “keep a low profile” or avoid “irritating China” is not a strategy.
END_OF_DOCUMENT_TOKEN_TO_BE_REPLACED

This year will go down as the century’s worst if measured by the disruption, misery and strife that has marked the Year of the Rat. There seems no end in sight to the cascading series of crises afflicting millions of people around the world. Even those with no religious bent must wonder whether the Four Horsemen of the Apocalypse have been let loose as drought, wildfires, hurricanes, floods and pestilence continue to wreak havoc. END_OF_DOCUMENT_TOKEN_TO_BE_REPLACED “The difference between this cold war and the last one is the alignment and bifurcation are a lot more fluid,” said Alan Dupont, a leading Australian security strategist. “It’s a far more interdependent world now, and a lot of countries will not be in a single bloc. They’ll want to straddle both.”
END_OF_DOCUMENT_TOKEN_TO_BE_REPLACED 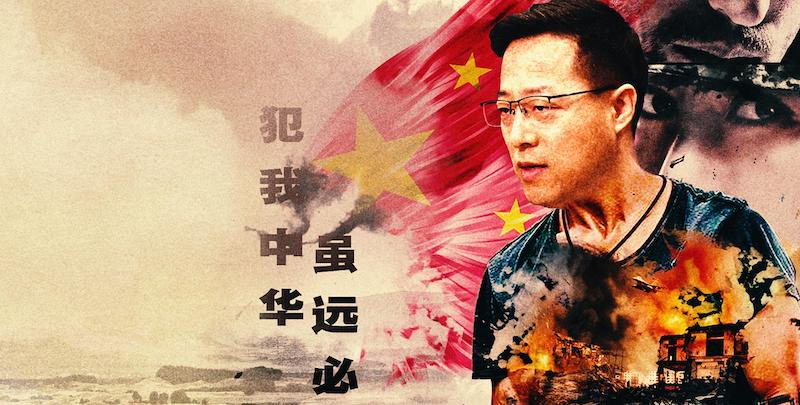 Australia may be chewing gum on China’s shoe, but Xi Jinping should consider the other 800-pound gorilla in the room.

Authoritarian countries have always been difficult for Western democracies to comprehend. Winston Churchill famously characterised Russia as “a riddle, wrapped in a mystery, inside an enigma”. But unravelling the mystery of China has proved even more difficult for the West despite centuries of trade and interaction.
END_OF_DOCUMENT_TOKEN_TO_BE_REPLACED