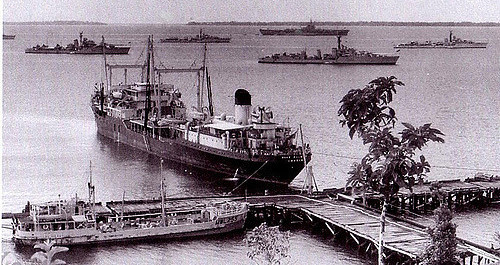 “That China might build a port with military capabilities on Papua New Guinea’s Manus Island may be the Morrison government’s first serious foreign policy test and should be raised by Foreign Minister Marise Payne at this week’s ­Pacific Islands Forum in Nauru.

Manus Island commands the northern approaches to Australia. It would be a high-value acquisition for the Chinese military, greatly extending its reach into the southwest Pacific from bases in the South China Sea as well as providing enhanced opportunities for electronic spying.

The core concern is that China is attempting to decouple PNG and other Pacific island countries from their traditionally close relationships with Australia by funding expensive infrastructure projects that will be difficult, or impossible, to pay back. This is a form of credit imperialism that opens the door for Beijing to eventually take control of the Manus Island port in an equity-for-debt swap, an approach that has already yielded it effective control of the strategically important port of Hambantota in Sri Lanka.