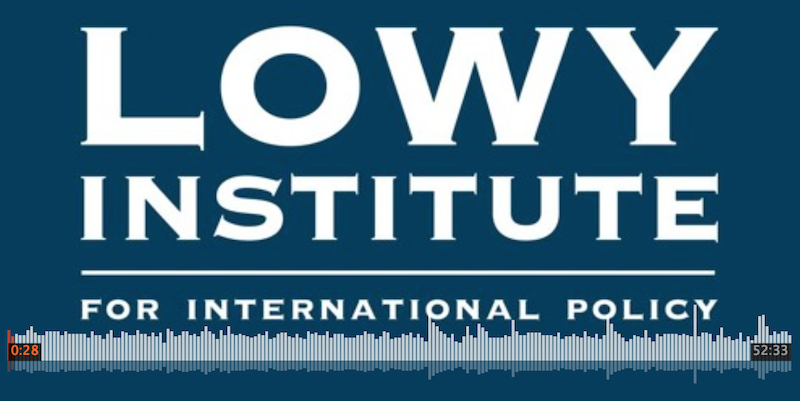 In Remaking the Middle East, Lowy Institute Nonresident Fellow Anthony Bubalo argued that despite continuing turmoil in the region the future of the Middle East was not inevitably bleak. Amid the ferment the region has experienced over the past decade and a half he also pointed to ‘green shoots’ of change: from new forms of ‘uncivil’ society driving social and political change to ‘impious’ politics, making societies more tolerant and pluralist.

But one year on, are these green shoots maturing into more sturdy features of the region? Or are they being killed and uprooted by the region’s revived authoritarianism? Lowy Institute Research Fellow Lydia Khalil discussed these and other questions with the author.

Anthony Bubalo is a Principal at Nous Group, a Nonresident Fellow of the Lowy Institute, and a commentator on Middle Eastern politics and global affairs.

Lydia Khalil is a Research Fellow in the West Asia Program at the Lowy Institute and Director of Arcana Partners, a political and security consulting firm. She is a specialist in Middle Eastern politics and terrorism and has published widely on her areas of expertise.